Here is an article published in the Journal Le Soleil in March 2018, on the use of drones for environmental sampling. For several years we have been improving technologies to allow companies and organizations to perform air sampling in different situations. Here is the opinion of journalist Jean-François Cliche – Le Soleil.

If someone were needed to climb up a tall chimney to take a sample of the hot and potentially toxic gases coming out of it, chances are the volunteers wouldn’t be jostling for the door. But thanks to a drone developed in Quebec, it may well be that we no longer need volunteers, precisely, to go to dangerous or difficult to access places.

“Just in terms of health and safety, there are plenty of places where we cannot send an operator to sample,” explains Nicolas Turgeon, engineer and researcher at the Center de recherche industrielle de Québec. “I am thinking of spills, forest fires, or accidents. Just for that, there is a need. […] Already in 2015, we had wondered if there was an airborne sampling system, so we did a little documentary research and we realized that there was not much on the Marlet. What existed was mostly university or research equipment.”

The CRIQ has therefore partnered with the Quebec company DroneXperts to develop a drone that would be able to do the job – and a prototype will be unveiled at the Salon des technologies Environnement du Québec, which is held Tuesday and Wednesday at the Center congresses. The craft, just over a meter in diameter, is powered by six propellers and carries three different sampling devices. It was notably tested in a room of the Quebec incinerator which is inaccessible to staff and around its chimney.

“Basically, these are the same sampling technologies as what we use on the ground. There was a miniaturization challenge [which was raised, editor’s note] and there is also the challenge of having reference methods so that the results are comparable with what we do on the ground”,explains Mr. Turgeon.

Added to this are tests that should define the limits of the device – what it can do and what it cannot do. For example, says the researcher, the mixing of air caused by the propellers does not disturb when the drone is in the middle of a cloud of a few tens of meters in diameter. “But when you want to characterize the edge of a cloud, that can be a difficulty,” he illustrates.

It should be noted that the Center of Expertise in Environmental Analysis of Quebec, attached to the Ministry of the Environment, was very interested in the project from the start and actively participated in it.

Everything you need to know about the Wingtra GEN II VTOL 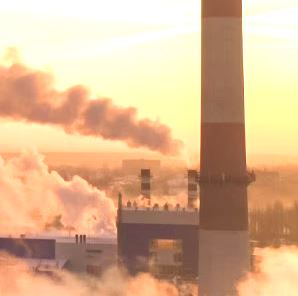 Measurement and sampling technology to reduce your ecological footprint